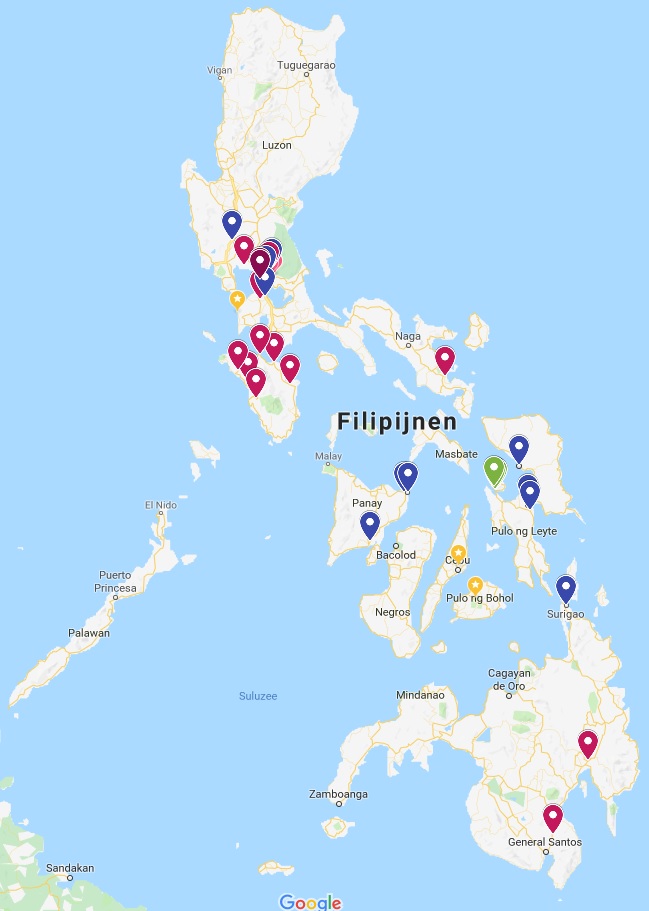 The work area of MBC

Countries where MBC is working

A republic in Southeast Asia. The archipelago consists of 7107 islands, of which the largest two are Luzon and Mindanao. These two islands together cover about two thirds of the land area, which is more than 7 times the size of the Netherlands, with approximately 300,000 km². The archipelago in the middle is called Visayas.

The Philippines had nearly 101 million inhabitants at the last official census in 2015. The Philippines have many western characteristics due to the long colonization of Spain and the United States. There is a sharp contrast between rich and poor: the small, rich elite and on the other side a large arm of the population that often lives under the minimum of existence. The elite has the reins in both economic and political terms.

The office of MBC – the Philippines is in the city of Metro Manila (Quezon City). We work especially in this area, which is called the National Capitol region. Through partnerships, the MBC also works in areas where our partner organisations are working, including:

An Arabic republic in North Afrika with a rich history. Beside the area around the Nile, consists the largest part of the country of desert. There is a fast growing population, from which 40% lives below the poverty line. The population is growing exponential and in a few years 600.000 new jobs have to be created. 90% of the business in Egypt are micro-businesses.

The MBC Foundation is based in Apeldoorn, the Netherlands and partners with local organizations. The MBC staff trains and coaches the local organization in setting up their own training center for business, using the MBC method, materials and tools. At this moment is MBC active in the city Cairo and the rural area in Mynia.

The vision of the MBC extends across the borders of the Philippines where it started. We would like to make the MBC training method available for anyone who needs it. We see our developed training package as a so-called ‘Business in a Box’, which makes it easy for other organisations to implement the MBC program in their own work field. To realize that in more countries, MBC needs more manpower and financial resources.